CALL US TODAY
GET A QUOTE

Water is crucial for life, but hard water can create multiple problems. From dry skin to stomach disorders, it causes many health problems. In your home, it can also cause damage to your plumbing appliances and can create a problem with the overall plumbing system in your home. The continuous accumulation of the minerals builds scales inside the pipe and clogs them over a long time. If you are a Port Saint Lucie Fl resident, you know hard water is a problem, and timely delivery of quality water softener is essential. #PSLWaterGuy

Who do you trust for salt delivery Port St Lucie Fl? There are hundreds of water treatment companies around; however, most of them provide poor quality salt or don’t deliver on time. Eastern Water and Health delivers top-quality salt in Port Saint Lucie FL. We are a veteran-owned company that believes in guaranteed customer satisfaction. 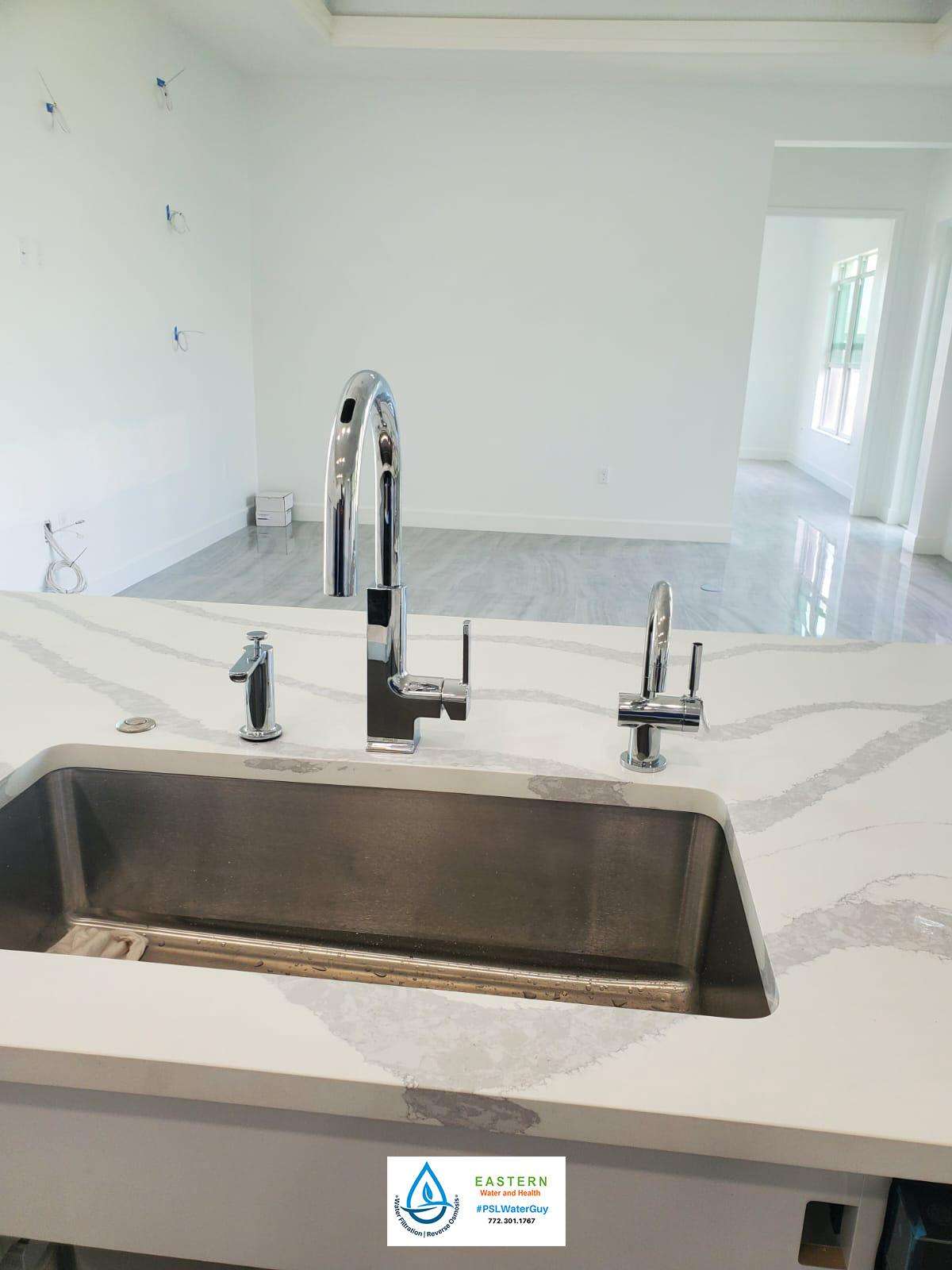 What is Hard Water?

You must have read about hard water in your school days; however, it is okay if you don’t recall. We are human beings and can’t remember everything we learned in school. When we talk about the hardness of water, it means the water contains various metals and broken-down compounds. Hard water contains calcium, magnesium, and iron. It changes the color of water and adds different odors. Pure water is tasteless, but hard water has an unpleasant taste.

Why is the water Hard in Port Saint Lucie Fl?

The water supplied in Port Saint Lucie FL comes from lakes and streams. It undergoes different levels of treatment before reaching your tap. The treatment removes microorganisms and harmful contaminants; however, it does not remove minerals like calcium, magnesium, and iron. YOu can see exactly what’s in your water by looking at the St. Lucie County Water Quality Reports.
The water in the wells of Port Saint Lucie, Fort Pierce FL, and other South Florida cities contains different minerals. The biggest reason is the proximity to seawater which contains dissolved salts, and it’s not easy to remove them. #PSLWaterGuy

Water in Port St Lucie, Fort Pierce, Fl contains different metals that must be removed to make them pure and usable. So, using a water softener is essential; and it has multiple benefits.

Keeps you healthier:
​Excessive minerals in water can be the reason for some stomach problems, dry skin, and dry hair. A water softener removes them and makes the water fit for consumption and other purposes.

Extends the life of home appliances:
Water with minerals causes various problems with your appliances and decreases their life expectancy. Using soft water prevents the accumulation of mineral layers in different parts of the appliances.

Keeps your clothes new for longer:
Hard water damages the brightness of fabrics and makes them look older quickly. Washing clothes with soft water keeps them looking new for a long time.

Why Does Water Softener Require Salt?

Many house owners often wonder why the water softener needs salt. Some people think they are using salty water. They would like to know what happens with water when it is treated with salt. The water softener needs salt because it uses sodium. You must have heard that salt is a compound of sodium and chlorine. It breaks into ions of sodium and chlorine when dissolved in water.

How Much Does Salt Delivery Cost in Port St Lucie Fl?

There are many companies providing salt delivery at home in Port St Lucie, Fl. Every company has different costs. Some companies also have many hidden charges, so you must know who you are using to avoid paying additional charges. Eastern Water and Health has been in water treatment for a long time, and we believe in charging our customers fairly. There are no hidden charges with us. Get a free quote from us. We are just a call away.

Advantages of Choosing Eastern water and Health for Salt Delivery

Water is everywhere, but not even one percent of water is consumable. It has to go through multiple levels of treatment to ensure it is consumable. If the salt in your water softener has run out, you need it immediately. However, many companies don’t take it as a priority. Moreover, every company won’t provide good quality salt.

Eastern Water and Health is a top-rated water treatment company. We provide timely delivery and the best quality salt for your water softener. You can book for one time or regular salt delivery with us.

Timely delivery of salt for your water softener is essential, and Eastern Water and Health takes the job seriously. Don’t take a chance! Get salt in Port St Lucie, FL on time. Contact us now.

Got it!
X
Font Resize
Contrast
Accessibility by WAH